After years of Taliban attacks, Pilgrims are finally flocking back into one of Pakistan’s most unique shrines, where people believe in the holy power of Crocodiles. The believers are called Sheedis and they have a small community with a shrine near the city of Karachi. At the shrine, there is a pond with around 100 crocodiles. Once a year the Sheedis hold a special 4-day festival in which they come as close as possible – to their holy Crocodiles.

During the last few years, the Taliban and other extreme islamists groups wanted to impose their own strict laws of Islam on the region. They attacked anyone who didn’t believe in their laws of Islam, and Sheedis were among these attacked. The Shrine was therefore mostly closed, and even when it was open, very few worshippers had the guts to visit the shrine. Now, after a powerful crackdown on these militants – the Sheedis are finally coming back to their beloved Shrine, where they visit these fascinating crocodiles.

Crocodiles That Solve Your Problems

Sheedis believe that the dozens of crocodiles in their pond are sacred. According to a local legend, 700 years ago, a saint left his lice at the pond, and they grew into these amazing sacred crocodiles that can make miracles come true. The Sheedis believe that everyone who visits the pond will have all his problems solved. You will see families holding their babies over a crocodile – for good luck. Amazingly – caretakers of the shrine claim that no one has ever been hurt by the crocodiles in the pond.

However – the sacred crocodiles can’t grant all these wishes on an empty stomach. during the yearly festival, thousands of believers flock to the pond, shower the crocodiles with rose petals, dance before them and bring them loads of offerings, especially goat meat and candy.

The oldest crocodile in the Sheedi shrine is called Mor Sahib, and he is 87-years old. As the Sheedis flock to the shrine again, they all try and hope to attract his attention with all sorts of sweets and meat.

History of Snakes: How They Lost Their Legs 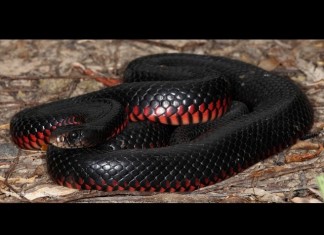 A new study published in the journal Science Advances could finally solve the mystery of how snakes lost their legs. It might revolutionize our...

Is This Deadly Sea Snake a Cobra Relative? 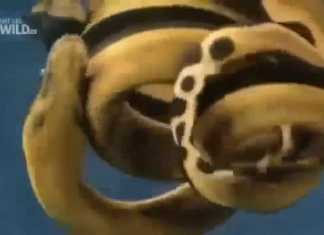 Meet the Yellow-Bellied Sea Snake In recent months, one of the deadliest sea snakes on the planet has been observed numerous times near the beaches...

Types of Freshwater Fish for a Completely Unique Aquarium 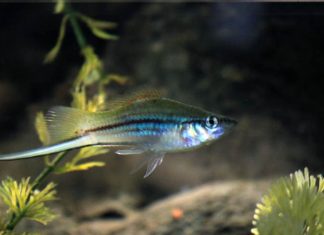 Goldfish are great pets, but do they make for the most interesting aquariums? Not really. Goldfish are the most common and popular type of pet fish out...