A new fascinating study conducted by a team of scientists from the University of Campinas in Brazil, claims that a lizard’s External Male Intermittent Organ evolves 6X faster than any other part of its body. Julia Klaczko, lead researcher in this study, and her team, examined the organs of 25 species of the Anole Lizard, which belongs to the family of Dactyloidae.

The Anole lizard is actually one of the best examples of Adaptive Radiation, as well as Convergent Evolution. Adaptive Radiation is the process in which animals diversify into various new forms, specially when a change in the environment creates new challenges. Convergent Evolution on the other hand, describes the independent evolution of similar features in species of different lineages. Populations of the Anole Lizard living on isolated islands diverge and inhabit separate areas. These changes in habitat are then followed by morphological changes. Some scientists believe therefore, that the evolution of the Anole Lizard can be predicted.

For more riveting posts and articles about the Anole Lizard, you can visit “Anole Annals”, it’s a great blog written and edited by scientists who study Anole lizards.

Does the Anole Lizard develop its Organ in order to better stimulate the Female?

The new research conducted by scientists of the University of Campinas in Brazil is actually the first study that measured the evolution rate of the External Male Intermittent Organ of any species. However, scientists have long believed that the male’s sexual organ evolves faster than its other body parts. So why did Klaszko decide to examine the Anole Lizard?

Well, Anole lizards have been studied extensively in the frame of dozens of researches. Scientists have already gathered lots of data about the relationships between the species, as well as their habitats and body shapes. Klaszko and her team measured the length and width of the lizard’s sex organs, as well as their limbs and dewlaps (throat flaps). They then used mathematical modeling in order to estimate the rate of evolution required to reach the differences in genitals, limbs and dewlaps.

The study results showed that male sex organs of the Anole Lizard evolves six times faster than its limbs or delwlaps. What is the reason? Scientists are not sure, but they have some remarkable ideas. Among the possibilities: It might be that males are developing their sex organs in order to gain an advantage in the reproduction process. Another idea is that maybe the male lizards are evolving more stimulating or better fitting organs for the female sex organs.

Interested in reading the entire study? You can read it on the Journal of Zoology.

Did you read why BLUE is key for LOVE among Fence Lizards? Read our post and find out… 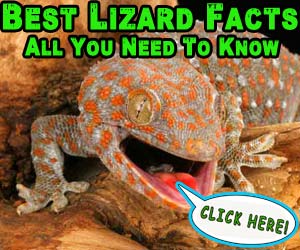 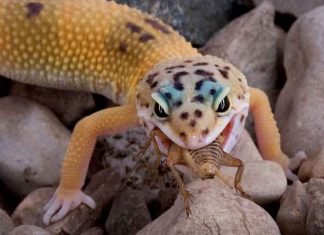 The amazing Leopard gecko is one of the earliest domesticated lizards. By many accounts, it was the first species of lizard that was petted....

Everything You Need to Know About Owning a Dog and Turtle... 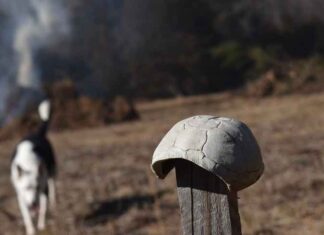 Dogs are social creatures and can live together with other animals and humans after a bit of training. Dogs and turtles can co-exist in the...