The tragedy happened in the middle of a concert in Karawang, a village in West Java, in which Bule was singing and dancing with snakes. Bule was known for dancing with snakes, but these were usually non-venomous pythons or boa constrictors. She’s been doing the singing act with snakes for the past three years, and the snakes have become her trademark.

During that tragic evening, while performing her first song, Bule danced to organ music with the King Cobra hanging around her neck. As the song ended, she put the Cobra into a sack, and started her next act.

It was during Bule’s second song of the night, when the Cobra came out of the sack, and the Pop star accidentally stepped on it, according to witnesses. The fearsome King Cobra did not hesitate and sunk its fangs into Bule’s thigh. As known, King Cobras are among the most venomous snakes on the planet. The amount of toxins released in a single King Cobra bite can kill an elephant, or 20 people. 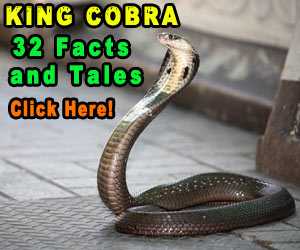 A snake handler immediately to Bule’s side, but the Pop star was calm, chatted with the expert and refused to get an antidote for the Cobra bite, although it was offered to her by the crew. Instead – Bule got back on stage and continued her singing and dancing act for another 45 minutes, until she suddenly started to vomit. A scary seizure followed.

Bule, a mother of three young children, was then rushed to a hospital, where the Pop star sadly died.

Why did the popular Pop Star dance with a lethal King Cobra? According to witnesses, she thought the Cobra had been de-fanged.

In case you or anyone close to you ever experience a Cobra Bite or any Snakebite – please follow these rules and tips for “Emergency Treatment of Snakebite”.