You might already know that Cobra is the common name for the notorious members of the family of venomous snakes, Elapidae, known for their intimidating looks and deadly bites. However, will you know how to recognize one if you see it out in the wild? Well, Cobras can be easily recognized by the hoods that they flare when angry or disturbed. The hoods are created by the extension of the ribs behind the cobras’ heads. These fascinating reptiles are found throughout Asia and Africa, but how did they get their awe-inspiring name which instantly injects fear in anyone who hears it?

What Is The Origin of The Cobra Word?

I find it quite interesting, since this powerful word was first used back in 1802, in Portuguese: ‘Cobra de capello’, to describe the expandable loose skin around the neck of a snake. Literally it means ‘hooded snake’. The word most probably came to Portuguese from the Latin word Colubra which means female Serpent, or snake. Later on, the word came to English through the Portuguese colonies in India. Eventually the word was somehow “granted” to the Elapidae family of snakes, and even to their King…

Can You Kill an Indian Cobra Snake?

Another fascinating Cobra snake who inhabits Asia is known variously as the common, Asian, Indian, or spectacled cobra, due to the eyeglass-shaped pattern on its skin. It seldom reaches a length of more than 1.8 m (6 ft). The hood of the Asian cobra snake is, proportionately, much larger than that of the King Cobra and is usually yellow to brown, with a black-and-white spectacle pattern on top and two black and white spots on the lower surface. This snake causes thousands of deaths each year in India, where it is regarded with religious awe and are seldom killed. It ranges from the eastern shore of the Caspian Sea to China and Malaysia. However, Cobras are not only revered in Asia, but in the black continent as well…

Most cobras are natives of Africa. Among them is the spitting, or Black-Necked Cobra snake, found from southern Egypt to northern South Africa. This snake can spray its venom from a distance of about 2.4 (about 8 ft) accurately. Varieties of the spitting cobra snake range in color from dull black to pink, the lighter-colored ones marked by a black band around the neck. The ringhals, a different type of spitting cobra snake confined to southern Africa, is the smallest of the cobras, reaching only about 1.2 m (about 4 ft) in length. It is dark brown or black with ridged, or keeled, scales and light rings on the neck. The asp, or Egyptian Cobra snake is widely distributed throughout Africa, being the most common.

Watch this short video to learn about some of the deadliest Cobra species out there:

Who Is The King of All Cobra Snakes?

Meet ‘King Cobra’, the world’s longest venomous snake. The King, or hamadryad, holds the record length of 24 feet for a Venomous snake! The King Cobra is unique among snakes in that it makes a nest for its eggs, scraping up leaves and other debris in which to deposit them, and remains in the nest until the young hatch. It averages 3.7 m (12 ft) in length but is known to grow to 5.5 m (18 ft). It is a thin snake, olive or brown in color, with bronze eyes. It is found in the Philippines, Malaysia, southern China, Burma, and the Malay Peninsula.

For more fun facts and stories about the King Cobra, click the image below…

Why Are Cobras so Feared and Respected?

Contrary to folklore tales and myths, cobras will seldom attack unprovoked. When threatened, however, the Cobra snake will make full use of its deadly force. Cobras are also famous for being used by snake charmers because they respond well to visual cues, and are of spectacular appearance.

Cobras belong to the family Elapidae (Reptilia: Serpentes). There is much discussion among researchers and taxonomists as to the actual variations of both the African and Asian species. Venom researchers have known of these differences for some time, but did not have a sound systematic framework on which to base this. It was not until recently, with an interest in developing more effective antivenins, that extensive scientific research has been conducted into these differences. Due to the ongoing research in the field, the classifications and taxonomic naming of the varieties of cobras is currently dynamic. I have attempted to use that information herein which is most widely accepted.

In the past, Asian cobras have been generally classified as Naja Naja. More recent population systematics research has revealed a number of sub-species as follows: N. naja in northern india and Pakistan, N. kauthia in Thailand, Cambodia and Vietnam; N. sumatrana in northern Malaysia and southern Thailand; N. oxiana in Pakistan, N. sagittifera in the Andaman Islands, N. atra in China, Taiwan, northern Vietnam, N. Philippinensis in the northern Philippines, N. samarensis in the southern Philippines, and N. sputatrix in southern Indonesia. 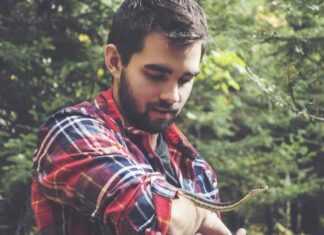 How to Address Your Dog’s Destructive Chewing Problem 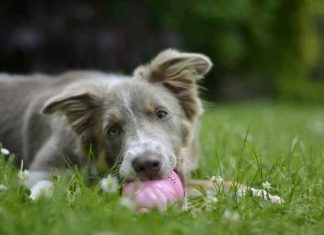 If your pup is chewing through your beloved furniture or personal belongings, this behavior may actually be a symptom of a much deeper issue.... 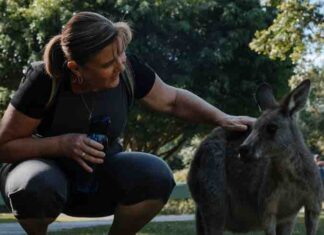