Deserts may look great on Discovery or National Geographic and they certainly entice you when a movie brings the Middle Eastern ambience and vibe into your living room or at your theaters. But deserts can be the most challenging of all places on earth. Imagine living amidst sand, without water or any vegetation and having dust storms and dunes for company. Spend one day in the life of a camel and you would lose all the interest you have in the mystic lands of the pharaohs, pyramids and the modern day Burj.

Desert Snakes: Do They Need Water?

In challenging conditions, some animals tend to thrive. The camel survives in the desert with élan, just as the fishes in the glacial regions of the world and the birds in the urban landscape where they seldom have anything to cherish. Desert snakes are also among the ultimate survivors in the world. Just as it is difficult to kill a cockroach and no bug spray seems to be conveniently effective to go for the kill immediately, some desert snakes can survive all odds and stay alive, at times with no food and certainly no water.

The Desert King Snake (Lampropeltis getula splendida) is one of the few ultimate survivors known to man. It can survive in arid and semi arid areas. The species is particularly known to thrive in New Mexico, Arizona and Texas. All three states are charming in their own right but can be quite unwelcoming in many ways. But as nature would have it, the desert king snake does not tread to territories where they would not get any food or water. You will not find a desert king snake a hundred miles away from the nearest water source. This is why desert snakes have moved closer to water sources which may be away from the core desert area or they have moved closer to human establishments.

Watch this video by Orry Martin, The Texas Snake Hunter, as he shows us the King of Desert Snakes, known as the ‘Desert King Snake’:

Who are the most common Desert Snakes?

The same applies to rattlesnakes which are on the dietary chart of the desert king snake. The desert king snake also gorges on rats and lizards – rodents in general, but those are also hard to find when you swim on an ocean of sand or dust. Naturally, being close to the humans pays off.

Some of these ultimate desert snakes survivors, especially the desert king snake is also domesticated since it isn’t venomous and doesn’t attack humans and instead feeds on other smaller snakes which are venomous. It responds extremely well to interactions with people, and is even considered gentle. That’s why it has become such a popular pet snake. Almost all pet Desert King snakes are bred in captivity, so they are very easy to care for. However, Desert King snakes are also known to be “escape artists”, and as a pet owner, you will need a tight enclosure to make sure your snake does not suddenly disappear…

In July 2013, an English family in London got the fright of their lives as a 3 feet Albino Desert King snake slithered out of their chimney. It managed to wrap itself around an ornament, before three police officers arrived to the scene armed with a takeaway pizza box and a little gaffer tape. It took them at least one hour to capture the ultimate survivor snake, who most probably escaped from a home where it was kept as a pet. So you tell me, is this a valid candidate for King of all Desert Snakes?

Need more details on the Desert King Snake? Check out this page of the Tucson Herpetological Society.

Looking for some more fun facts about Snakes? Click here! 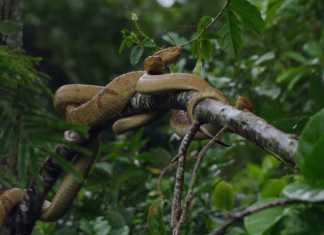 If you ever get lost in sea or stranded on a deserted Island, try your best to avoid this terrifying place: Ilha da Queimada... 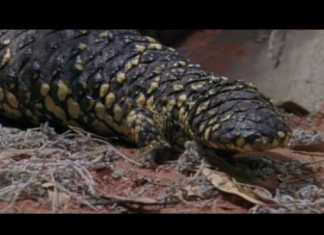 The Shingleback Lizard might be known for its extreme slowness, hence the other name it has: The Sleeping Lizard, but a new study shows...

Signs You Need to Take Your Dog to a Veterinarian 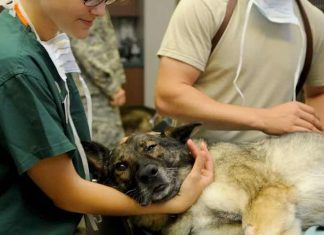 Your dog is a part of your family. But, unlike your human loved ones, your pet can't complain if they're in pain or not...