Most snakebites and fatalities by snakebites occur in Southeast Asia and sub-Saharan Africa, with India reporting the most deaths from snakebites, more than any other country in the world. Just this last few days presented us with two extremely different tales of two different Cobra snakes. The first was a three-foot-long Cobra that was rescued from the coach guard area of Biju Patnaik International Airport in the Odisha Capital in East India, while the other was a 20-foot-long Cobra that was sadly shot dead by police in the city of Karachi, India.

According to police reports, the 20-foot-long Cobra had caused terror in the area of Karachi. Residents were fearing for their lives, and were not able to sleep peacefully. During the past three months, there were more than 1,300 cases of snakebites reported in Thar’s Government hospitals. Snakebites have also caused multiple deaths in various areas across India over the years. However, most snakes and most of the bites are harmless.

The vast majority of snakebites are actually caused by non-venomous snakes. And to make things clear, out of the 3,300+ species of snakes known in the world, only 15% are regarded as dangerous and capable of inflicting deadly snakebites.

Snakebites Stats: How many get bitten each year?

Unfortunately, reporting a snakebite is not mandatory in most regions of the world, leaving us with no accurate statistics and with no substantial ability to examine the frequency of snakebites in every country. However, according to certain reports, it is estimated that there approximately 5.4 million snakebites every year. Around 46% of these (2.5 million) are venomous, resulting in approximately125,000 deaths, each year.

When do most Snakebites happen? Who is the typical Victim? And more…

Summer is the time when snakes are most active and us humans are outdoors enjoying the sun. This naturally makes it the most prone time for snakebites. Following the same pattern, tropical regions which are hot and humid all year long – mostly report more snakebites than anywhere else. The typical victims are those who tend to be more outside, playing, which are typically males between 17-27. Sadly, due to their weaker immune systems, children and old people are the most likely to die from deadly snakebites.

Back to our more optimistic story that occurred in the Biju Patnaik International Airport: It appears that some tower workers spotted the deadly Cobra roaming around in the backyards of the coach guard office, not far from where all the planes are kept. The snake could have easily entered a plane through the lower openings and led to casualties. However, instead of calling Police to shoot it down, they smartly called the Snake Helpline, which came by, rescued the snaked and released it in its natural habitat.

How NOT To Fix The Tail Of A Lizard 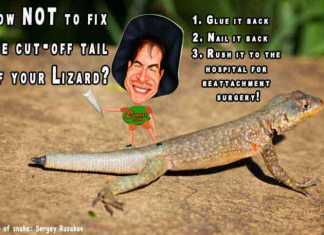 Disclaimer: This Lizard Cartoon explicitly does NOT encourage anyone to try or do any of the actions performed in the drawing. Kindly view it as... 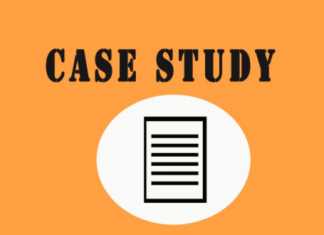 PROBLEM or PURPOSE: To present a case involving a snakebite and consider possible remedies to the lack of effective procedures, training and communications with regard...