Scientists from the University of Lincoln, UK and the University of Vienna, Austria, have managed to demonstrate that one lizard species can truly learn through imitation. The finding is quite surprising, since “imitating” has been always regarded as a human behavior.

The study, published in the Animal Cognition journal, claims that Bearded Dragons, also known as Pogona vitticeps, are capable of learning by imitating the behavior of others. The Pogona lizards have a so called “beard”, a lower part of their throat that turns black whenever they are stressed. That is why they are called Bearded Dragons. They are great climbers who are found throughout Australia. A few species of the Pogona, such as Central Bearded Dragons, are extremely popular as pets and exhibited in zoos.

The scientists built their experiment by first training a lizard to open a sliding door in one direction. After the lizard learned it perfectly, they recorded it performing the task on video, and showed it to other lizards who never ever received the same training. The lizards imitated the lizard in the video and slid the door in the same direction. Even when the scientists flipped the direction of the sliding door, the bearded dragons would imitate the exact action from the video, and slide the door in the same direction. Other bearded dragons who did not watch the video could not and would not slide the door at all.

One of the scientists, Anna Wilkinson from the University of Lincoln, hopes that the study will improve how pet owners and people in general treat their lizards.

One place where lizards are well taken care of, is in Ohio…

In Monroe County, Ohio, students at the GMN Sardis Head Start Center recently took part in the incubation of Gecko lizards, which are actually living in the classroom. The students were able to watch how two baby geckos hatched from their eggs, and transformed into fabulous living creatures. The kids can now continue to monitor, learn and watch how these lizards grow and evolve from day to day.

Geckos belong to the infraorder Gekkota, and are found in warm climates all over the world. They are actually quite unique among lizards, being the only species that have a voice. Some Gecko species emit a strange clicking voice that may sound a bit like “gecko”, hence their name. Most geckos are also not able to blink, so they lick their eyes to keep them moist.

GMN Sardis Head Start Center is an admirable organization that provides comprehensive services to low income children. Services are provided without charge to families. Ten percent of the children enrolled can be from over income families.

How To Keep Your Home Safe From Snakes 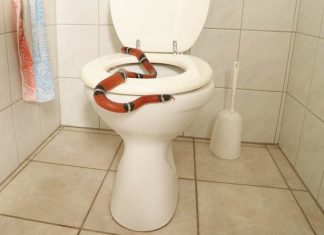 You don’t need to be a rocket scientist to know how deadly snake bites are. A single bite from a venomous snake can produce...