In the small city of Claremore, Oklahoma, a mysterious case of snakes is developing, and it might involve Santa Claus…

The Claremore Animal Shelter has lately been receiving numerous calls from alarmed residents, who have all found a King snake inside their homes. Extremely bewildering, Authorities have tried to delve into the case. One resident by the name of Dorothy Parker, described the snake as 3 feet long, lying on the floor of her living room. After a short chase inside the house, her neighbor managed to pin down the non-venomous snake, who prefers to eat rodents and snakes. That followed by a call to the Animal Shelter who came by to pick the snake.

However, the mysterious question was, how did the snake get inside this Claremore home? And how did other snakes like it do the same?

According to the Animal Shelter, the snakes might have been crawled inside the Christmas trees which were dragged from garages into homes.

So is this Santa’s surprise and are we all getting snakes for Christmas?

And in Australia: Pythons are flourishing thanks to Weather

Snake experts in New South Wales, Australia, are claiming that Diamond Pythons, as well as Eastern Browns, Red-bellied blacks and swamp snakes are flourishing, growing larger and multiplying, thanks to the warm wet weather.

What does the weather have to do with it? Well, it has triggered a boost in the numbers of frogs and rodents, which are among the snake’s favorite prey. These snakes are having the times of their lives, especially after the long period of drought which hit the area.

According to the experts, these snakes are totally dependent on weather patterns and natural cycles, but not only. Man-made projects like clearing of bushes increased the numbers of rodents as well.

Red-bellied Blacks and Brown snakes, which usually grow to lengths of 2m (6.5 feet), were now being caught the area, measuring lengths of 2.5m (8.2 feet).

Mom Loses Custody because of Snakes, Lizards and more…

A mother in Fort Pierce, Florida, has lost custody of her children and is facing charges of child neglect, after authorities found her home filled with crawling cockroaches, mice, rats, snakes, lizards and more…

There were approximately 40 animals removed from the house by authorities.

However, according to the Society for the Prevention of Cruelty to Animals, the mother did keep the lizards and snakes in the proper containers.

The snakes were safely moved to a pet shop in the area. 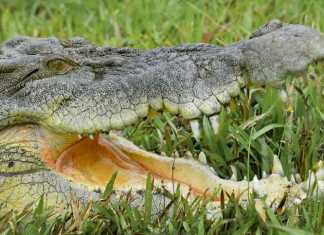 7 Myths About Dog and Cat Food 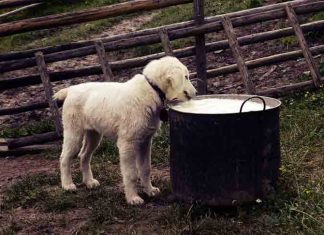 For all the people who have pets, buying dog or cat food is one of the most basic everyday needs. We all would like...