There are some disturbing new studies and research in various regions around the world, revealing the dangers facing species of Horned lizards, as well as Legless lizards.

A recent study by the Australian National University (ANU) claims that the Striped Legless Lizards are in grave danger of extinction. This unique lizard which has no legs, known also as Delma impar, belongs to the Pygopodidae family and is found only in Australia. According to the study, Kangaroos in Canberra are overgrazing and threatening various local reptiles, among them the striped legless lizard.

The local Authorities in Canberra have implemented measures to protect the grasslands from overgrazing, like reducing the number of kangaroos in the area. However, it doesn’t seem to be as effective in recent months. Groups like Animal Liberation have tried to revoke the Government’s cull license, but their claims were rejected. According to the ANU, if we want to save the lizards, the numbers of kangaroos per square km should not exceed 100. The numbers in some areas in Canberra are currently at 300 kangaroos per sq-km.

And in California: Are Horned lizards in extreme danger?

According to California’s Department of Fish and Wildlife, Flat-tailed Horned lizards, known as Phrynosoma mcallii, may require protection under the state’s Endangered Species Act. Unfortunately, global warming, deforestation and habitat loss are pushing these rare desert lizards toward extinction.

The Flat-tailed Horned lizard once occupied large areas of the Sonoran Desert in Southern California, but construction of roads and agricultural development have diminished most of its natural habitat. In Coachella Valley for instance, there is only one small population left, of the flat-tailed horned lizard.

Watch this video about the flat-tailed horned lizard:

Despite efforts such as the voluntary “Interagency Conservation Agreement” that has been in effect since 1997, trying to manage lizard habitats, their numbers have been declining rapidly. Many lands which were once protected areas of lizard habitat have been opened by Government agencies for destructive and intensive off-road vehicle use. The population of the flat-bodied horned lizard has been declining for years, but according to scientists of Center for Biological Diversity, it’s now at a critical point, where they face extinction, unless something is done.

The flat-tail horned lizard, which boasts 8 horns from the back of its head, was named after Colonel George A. M’Call, who collected the first specimen in California during the 19th century. Of its 8 horns, two are long, slender and quite sharp. The medium-sized lizard, which mostly eats harvester ants, has a wide oval-shaped body with smooth back skin and small spines.

For more information you can visit the Center for Biological Diversity, which is a national, nonprofit conservation organization.

Cobra Predators: Can Any Animals Kill Him? 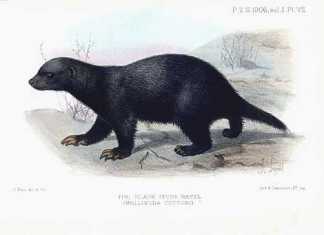 Mongooses are small carnivores of the family Viverridae. The true Mongooses make up the subfamily Herpestinae and include 13 genera and about 30 species,... 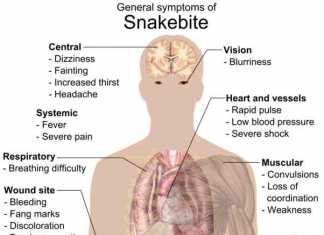 0.0 OVERVIEW 0.2 CLINICAL EFFECTS 0.2.1 SUMMARY A. EDEMA: (1) In most cases, almost immediate SWELLING and EDEMA appear. Swelling is usually seen around the injured area within...