After the first two articles on rules and tools, I felt that this article should address transporting a snake that is venomous. For if done improperly, can potentially lead to many types of peril, as I will point out some of the hazardous methods I’ve encountered.

Over the years, I’ve seen some truly horrendous methods of moving hot stuff and I must say that I’m surprised that nothing got loose or someone got bit or both. For a perfect example of what I’m talking about, let me tell you about an episode that could have been disastrous had we been in a car accident without a proper container:

In the mid-80’s, a well known herper and myself were in a taxi, headed to a farmhouse just outside the city to pick up a huge, near-record size 8.5ft. Black-neck spitting cobra (Naja nigricollis). The previous owner assured me that the snake would be properly bagged and boxed in a wooden shipping crate, ready to go when I got there. Upon arrival, we were rather dismayed to find out that he could not find a bag large enough to contain or get this big, active cobra into easily. What we were confronted with however, was a un-bagged huge spitter, simply placed inside a large green Rubbermaid garbage pail with the lid held on by four pieces of duct tape. And only 6″ long pieces at that! He stated that it was also the last bit of duct tape he had, but it should hold till I got home with the snake. After an angry and colourful verbal exchange, I cursed myself for not coming prepared with a grab stick, hooks and face shield should anything happen on the way home. So I took the pail holding my magnificent new beastie and jumped in the back seat of the waiting taxi for the 40 min. ride home. 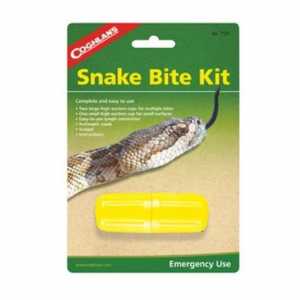 In terms of driving skills, cabbies are an entity unto themselves. Most are fast, aggressive drivers with little regard for safety and ours was no exception, adding to my increasing anxiety. For the next 20 mins., every time we hit a bump or pothole in the road, the cobra would let out a loud, whooshing cat-like hiss. And every time it did this, I would see the driver look back nervously at the pail and then at me while I was trying to keep my composure. A few more hisses later, he finally asked me what the hell was making all that noise in the pail. And playing on the layman’s ignorance, I told him it was a big, ol’ nasty snapping turtle and he seemed satisfied with that as almost no one is offended by the presence of a turtle, snapper or otherwise.

At about 10mins. from my house, this big cobra, with a head about 3″ across and a body as thick around as my forearm, had decided he’d had just about enough of this smelly pail and bumpy ride and suddenly pushed up on the lid- HARD. So hard in fact that one of the pieces of duct tape holding the lid promptly gave way, but I just saw it out of the corner of my eye and threw both arms over the lid to keep it in place. And awkwardly there I stayed, draped over this garbage pail with a big deadly snake inside it for the remainder of the trip, which happily ended without incident. But, you can see the possibilties for catastrophe here. Because the snake was un-bagged with a cheesy container, that big and strong, and if I hadn’t been paying attention to that lid, we may have been faced with a large loose cobra inside a moving car with three people in it and no handling tools. NOT A PLEASANT SCENE!! Possibly even worse, we could have been in an accident and suddenly have a large cobra loose on the road with no handling tools to recapture it, if we weren’t injured ourselves!

Some other equally horrendous transport methods I’ve heard of:

As you can see, these are NOT the recommended methods of moving venomous snakes. The first error here is improper containers, the second are the modes of transportation. Lets examine them separately;

Before consideration of the transport box, emphasis must be placed on making sure the snake is securely bagged. Strong cloth bags, usually pillow cases, are used and the keeper must make absolutely sure there are no holes, frays or rips in the material no matter how small. No one wants to have an unexpected surprise when they open the box at their destination. So when transporting a snake, before bagging the snake, I hold the bag at the top with one hand and forcefully run my finger of the other hand down the side seams and push hard on the bottom corners, much the same as a snake would do while in the bag. After getting the snake into the bag (which is easier said than done with some species, another article maybe), make sure the knot on the bag is TIGHT. Be sure while tying the knot to keep your hands, arms and feet away from the end of the bag containing the snake. Venomous snakes (especially viperids) can easily bite through bags. This accomplished by first quickly twisting the bag shut (making sure you don’t twist the snake in with it!), and placing a snake stick across the bag just behind the twist and holding it flat to the floor with your foot while tying the knot. And (obviously) ALWAYS carry the bag by the top BEHIND the knot.

Styrofoam fish boxes are almost THE universal reptile transport container and come in many sizes, although 2x2x1′ is pretty much the standard. They’re light and retain warmth (or coolness in summer), but for the sake of these positive qualities they lack strength. They are fairly sturdy, but one could easily punch or kick a hole in it, thereby compromising safety.

A wooden box made from 1/2-3/4″ plywood seems to be the way to go, complete with a carrying handle, padlock latch, hinged lid, a couple of 1″ or so ventilation holes covered inside and outside with fine steel screening and if you really want to be fancy, some metal impact caps on the corners. A box constructed as such would offer the strength needed, but would offer almost zero insulation for temperature control.

A logical solution to this problem would be to combine the two types of boxes together in a happy combo. The simplest way would be to take exact measurements of the styro box and build your wooden box around it. Or perhaps even simpler would be to modify a coleman-type cooler with screened holes and a locking device.

A couple of final points to remember when packing snakes into your box is to place cardboard dividers between bags if more than one snake is going into it. This is to prevent the often stressed and probably frightened snakes from biting each other. The long fangs of viperids can cause fatal mechanical trauma to vital organs of another snake if the bite is placed right. There is nothing more heartbreaking than to arrive at your destination only to find one of your snakes dead or dying from a bite from a fellow passenger because of one minute’s negligence on the keepers part.

MODE OF TRANSPORTING A SNAKE

How you move the snakes is just as important as how you pack them. In fact, it’s probably more so. Because if there’s any aspect of moving venomous snakes that can invite possible disaster, this is it. Blunder not, and all will be smooth sailing- er, driving!

Here’s a list of things to remember when transporting a snake:

I wish to close by saying that I hope these three articles shed some light on hot keeping to new/potential readers. I most enjoy sharing my long-time experiences of venomous keeping with others and hope to soon have my own web page dealing strictly with captive venomous care and maintenance. 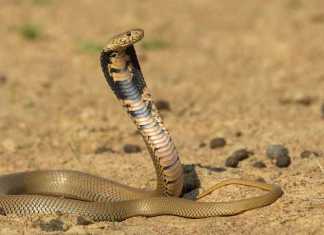 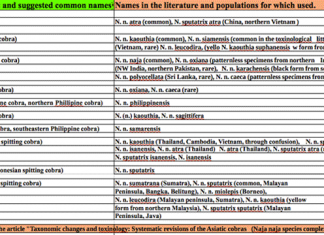 Cobra scientific classifications There are dozens of types of cobras around the world, from the Indian Spectacled Cobra, Chinese Cobra, or the Philippine Cobra in... 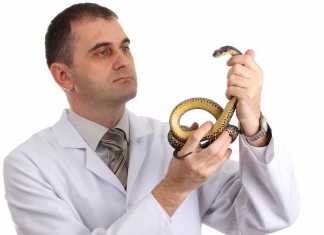 For all you first-time Snake keepers, believe me when I tell you – that this is one of the most important posts you'll want...