Many people have a fear of snakes because they think snakes are poisonous, but only a tiny fraction of these reptiles pose a threat. Snakes can actually be very helpful, with many gardeners using them to protect their plants, so don’t be concerned if you have snakes on your property. However, sometimes snakes can be a nuisance and homeowners would rather remove them from their property. For more information on snake removal click here and read on if you’re interested in gardening since these snakes could make your life much easier.

Here are some Snakes that are Welcome in Your Garden:

There’s a reason the common garter snake is often referred to as a garden snake, and it’s because they love moving into people’s gardens. These reptiles can be found throughout much of North America, and they’re particularly fond of wooded or grassy areas, hence why they like your garden.

What makes them a great garden helper is their diet. Like most snakes, the common garter snake has a varied diet. That said, it tends to prefer animals smaller than itself. This ends up being mice, slugs, grasshoppers, and plenty of other insects. All of which can pose a threat to your garden’s wellbeing.

These snakes are harmless to keep but can excrete a foul-smelling musk when they’re scared. Identifying these reptiles can also be quite the challenge, as common garter snakes have a variety of colors.

Gopher snakes can be a scary sight to behold. They can grow up to five feet long, and they have a brownish body covered with dark splotches, resembling a deadly rattlesnake. Yet that fear is exactly what these harmless reptiles are hoping for, as they mimic their dangerous cousins to scare away any predators.

In fact, gopher snakes can be a blessing in disguise. Their name comes from the fact that they love hunting gophers and other rodents. Keeping them in your garden will no doubt keep rats, mice, and other annoying rodents away from your home.

Kingsnakes can do wonders to brighten up your garden. These animals tend to have vibrant, contrasting colors on their skin, leading many to mistake them for similarly colored, venomous snakes.

Yet this group of snakes isn’t venomous at all. In fact, they’re constrictors. They kill their prey by wrapping themselves around it and squeezing the victim’s body. This cuts off the brain’s supply of blood, killing the animal in mere moments.

Kingsnakes prey on other snake species, making them perfect for your garden. They have a natural immunity to other snakes’ venom, allowing the kingsnake to hunt, kill, and eat their relatives. That means that a kingsnake in your garden will keep out any unwanted snakes, leaving you and your family safe from other reptiles. That said, kingsnakes will also eat any other snake you bring into your garden, so you’ll have to carefully decide the type of snake you want.

Corn snakes are another great animal to have in your garden. These reptiles are a species of rat snake. As a result, their diet is made up of mice, rats, and other small rodents. They’re called corn snakes because of their presence in farms. They stay near grain stores to catch any rodents trying to steal corn. It’s their ability to repel and eat rodents that make them perfect for any garden.

You can identify these snakes by their yellowish-orange color, which often gets them mistaken for the deadly copper head. Yet unlike the copper head, corn snakes are completely harmless and lack venom.

So you see? These snakes aren’t so bad after all. It might even be a good idea to get one of the helpful reptiles mentioned above, as they’ll protect your home and garden from insects, rodents, and other snakes!

If you’re looking for more tips on keeping snakes out of your garden – read this post.

How To Get Rid Of Scorpions Permanently 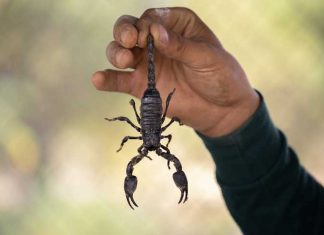 Some areas of the world are lucky enough not to have scorpions in their climate. But people in some regions face a serious problem... 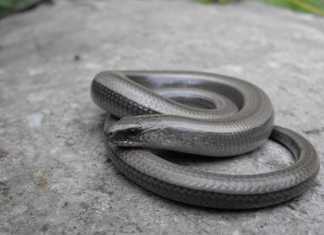 If you think about it, then Lizards are with no doubt one of the most amazing species out there. Can you imagine if we could...

How To Raise Baby Turtles? A Beginner’s Guide 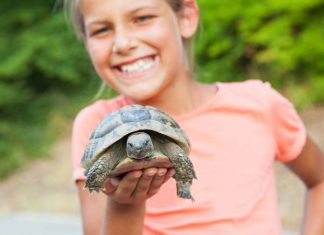 Baby turtles are quite difficult to raise. They require dedicated care and a very well arranged environment. You should know that Reptiles are not...