If you browsed our King Cobra Page, you already found out that the world’s longest venomous snake is also the only snake that builds a nest for his young cobra hatchlings. The male and female faithfully guard their eggs, rearing up into attack mode whenever there is danger.

But where does it all begin? How do they court each other? And how do they mate?

Can Mating Snakes Eat Each Other?


It may sound like a crazy question, but you need to remember that King Cobras are snake eaters! They even eat other Cobras, whether it’s a male or female, so theoretically it is possible that a large King Cobra male would devour a female. However, nature somehow creates wonderful solutions for these complex situations, also for the deadliest of mating snakes.

So what happens is, that during the breeding season as the weather warms up, the male King Cobra produces a special hormone that makes him lose his appetite. At the same time, the female produces her own special hormone that leads the male and lets him understand she is ready for mating. The male King will immediately grasp that unique smell, even if it’s far away, and begin his enduring quest of smelling his path to the mother of his future offsprings. This mating snakes quest takes place in the months of January to April.

When the male finally finds her, the mating snakes ritual begins. The female will flash her colorful hood, posing and moving her head and body in various angles. It might take while, since females do not always cooperate right away, but sooner or later she will capitulate, and they will connect. The male will wrap his tail around the female and lift his head on her back. He will then insert one of his two sex organs, called hemipenes, into the female’s exit point for waste and reproductive fluid, called cloaca.

How Long Can King Cobras Mate For?

The mating snakes will usually cling to each other for one hour or so, but the process can also last just a few minutes, or sometimes even two days, as the female will drag the male to wherever she goes. After the mating snakes do their thing, the male King Cobra will usually stay with his mate for several days, and try to inseminate her again.

Then come the eggs, and the remarkable process of building the nest for the future cobra hatchlings. The female King Cobra will travel extremely long distances to find the perfect place to lay her eggs. Like a true mother, she dedicates herself to this task, building the nest with branches and leaves, while the male helps in protection and food supply.

After 2-3 months of incubation, the Cobra hatchlings are ready to come out. During this crucial time, the mother does an amazing thing: She leaves the nest to find food for herself. Why? In order fight her inner temptation to eat her own hatchlings!

The cobra baby uses its tooth to crack the egg and emerge out into the wild. As a tiny cobra baby, it already possesses the same powerful venom of his parents. So do not be mistaken: He is as dangerous as an adult. A week or two after it hatches, the Cobra baby will start hunting for food and begin his life, on his own…

I hope you enjoyed this post on the world’s deadliest mating snakes. If you haven’t read our King Cobra Page, click the image below… 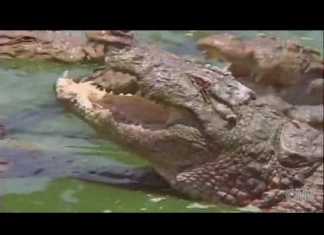 After years of Taliban attacks, Pilgrims are finally flocking back into one of Pakistan's most unique shrines, where people believe in the holy power...

Causes Of Joint Pains In Dogs – Could CBD Be The... 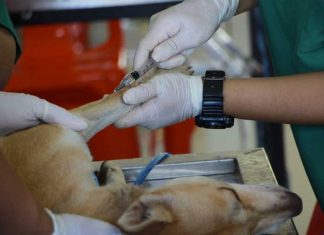 Have you noticed that your furry friend is having a hard time walking? Is it, additionally, becoming irritable for no apparent reason and there... 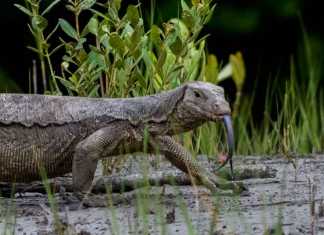 Have you ever visited wild animal markets in exotic countries like Thailand, Indonesia or the Philippines? If you have, you'd surely know how these...