The mysterious question of ‘What Do Cobras Eat” should obviously start with snakes in general. We should answer questions like how, what, and how much they eat, among others.

Most snakes swallow their prey alive. However, venomous snakes generally bite their prey first, and then wait for their venom to kill the animal before they swallow it whole.

After feeding, a snake may lie in the sun for long hours. The heat of the sun raises it’s body temperature, which speeds up the process of digestion. This is when snakes are most vulnerable.

A meal may last a snake for a very long time. A snake can survive for months without food, because of several reasons.

How Can Snakes Survive With Little Food?

1. They do not need much food to maintain a steady body temperature.

2. They remain inactive for long periods of time and so use up little energy.

3. They have extensive tissues that store fat. During long fasts they live off this fat.

Most snakes are carnivorous and eat birds, fish, frogs, lizards and such small animals as rabbits and rats. However, most snakes are not Cobras…

SO WHAT DO COBRAS EAT?

Cobras often feed on eggs and chicks raided from poultry houses, in addition to small mammals, toads, lizards, birds and even other snakes.

“The Cobra has some unusual feeding traits.”

The cobra has long spines inside the throat on the neck vertebrae. After it has swallowed an egg, the shell is pierced by these spines and then crushed by the snake’s muscle contractions. The contents of the egg pass through the throat, but the vertebrae spines prevent the passage of the shell. The cobra then spits out the shell.

So now you know how and what Cobras eat, but then again, they are not the Kings…

WHAT DO KING COBRAS EAT?

The King Cobra, O. Hannah, is a snake eater. Like the King Snake, King Cobra’s will seek out and feed on any variety of snake that crosses their path. They will even eat other venomous and poisonous snakes, but will usually avoid them. They have even been known to eat other cobras!

Snakes thus form an important link in the food chain and they should not be indiscriminately killed simply because people incorrectly believe them to be poisonous and therefore dangerous.

1. If you feel like a having a real Book on Snake Bites, then get this book: ‘Snakes and Snakebite‘ by Visser, J. & Chapman D.S.

2. And if you love African Hot snakes, this is THE Book for you:  ‘Dangerous Snakes of Africa’ by Spawls, S. and Branch, B.

[dropcap type=”1″]·[/dropcap]The Cobra has definitely become the most revered Snake on the planet. It’s become a powerful Brand by itself. A unique brand that portrays fear, awe and strength. It is used by dozens of corporations and organizations, from sport cars, golf clubs, insurance companies and up to the British National Emergencies Committee, called COBRA. There are also hundreds of products that take on the ‘Cobra’ brand, without being afraid.

Lizard Names: How To Name Your Pet? 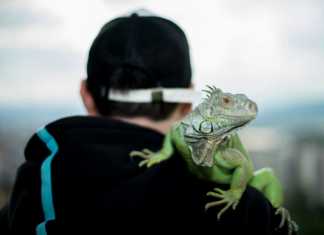 Naming your Reptile pet and selecting that one unique name that you like, out of an endless array of Lizard Names, is not an... 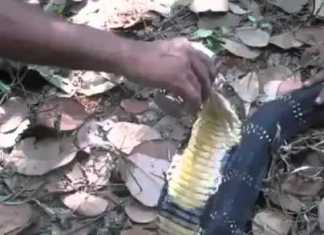 We know how snakes can eat about any animal on this planet (well – not exactly, but almost), but do snakes drink water? The...